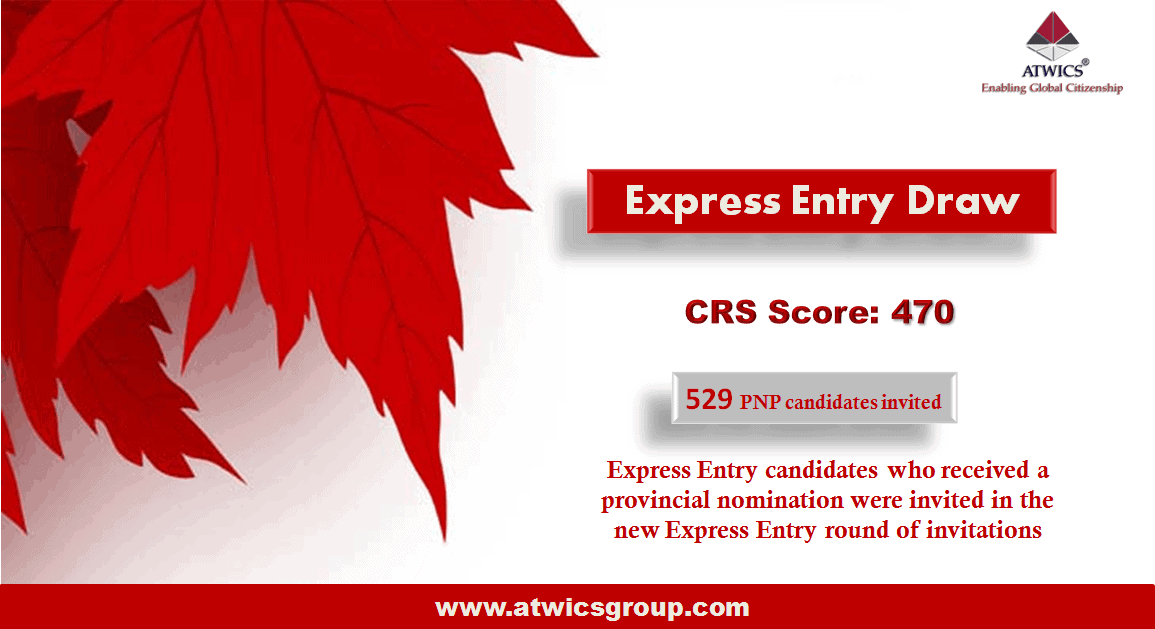 Canada invited 529 Express Entry candidates to apply for permanent residence on May 13, 2020. Canada has now invited 34,829 immigration candidates so far this year.

This PNP-specific draw appears to follow a pattern from Immigration Refugees and Citizenship Canada (IRCC) where Express Entry draws will alternate between targeting candidates with provincial nominations, and those from the Canadian Experience Class (CEC). The previous Express Entry draw selected only CEC candidates and had a CRS cut off of 452, which is the lowest of the year so far.

IRCC has been holding Express Entry rounds this way since Canada closed its borders in an effort to stop the spread of coronavirus on March 18. For a while the future of Express Entry draws was uncertain, as these times have often been described in general. However, if we look back on the years it seems despite travel restrictions, and this new way of conducting Express Entry draws, there have still been more ITAs issued in 2020 than the same time in 2019 and 2018.

The people who are eligible for one of these programs submit their profile into the Express Entry pool, where they are given a CRS score based on their human capital factors such as age, work experience, education, and language ability in English or French. The highest-ranked candidates are then invited to apply for permanent residence through regular Express Entry draws. 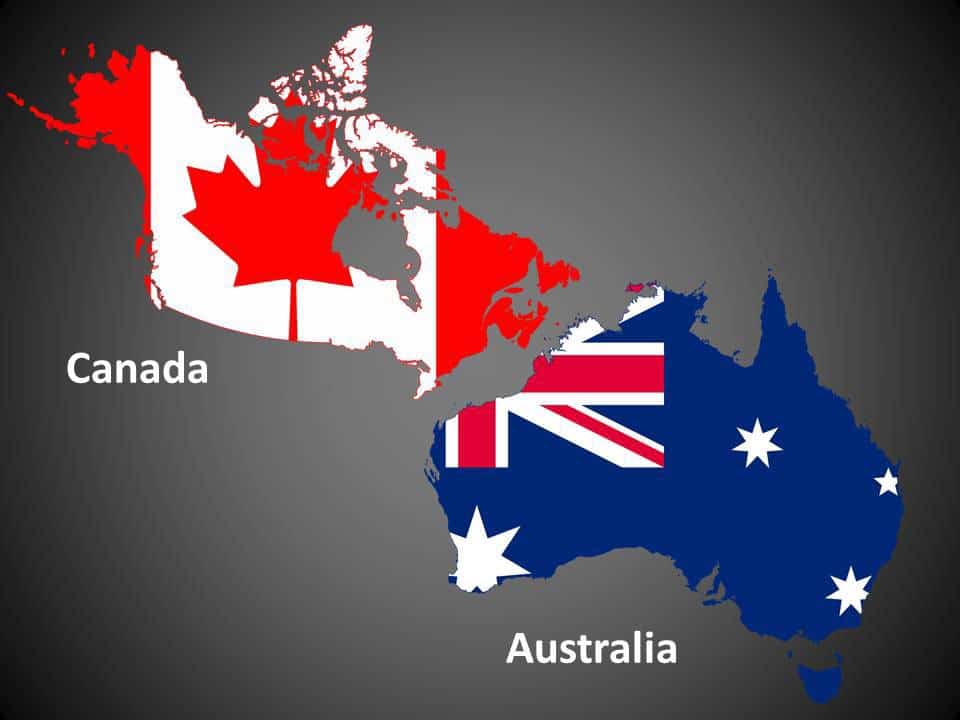 Canada and Australia have pursued completely various immigration plans in these years—a trend which has continued during the corona virus crisis.

Immigration is important to the economic health of both Canada and Australia. In these years, the two countries have become increasingly reliant on new permanent residents and temporary visa holders such as international students and foreign workers to support their population, labour force, and economic growth.

This tells us that the 8 million immigrants in every country have an even larger—and more positive—impact on the economy and employment creation.

However, Canada and Australia have pursued fully different immigration plans in these years—a trend which has continued during the corona virus crisis.

Immigration plans going in opposite directions

Canada has been permanently growing its immigration levels since the late 1980s, and in these years, has been growing them more aggressive to support its economy. Australia also began to extend its levels in the late 1990s but it’s shifted course over the previous some years.

Only some days before it had been hit hard by the corona virus crisis, Canada declared it might be targeting the arrival of 340,000 permanent residents in 2020 (which on a per capita basis, is 0.9 per cent of its population) and even higher levels in 2021 and 2022. Canada was previously averaging around 260,000 permanent resident arrivals each year until 2016 when it decided it might be aiming for a minimum of 300,000 annual arrivals.

The Canada is targeting 58 per cent of its immigrants to arrive under the economic class, 27 per cent under the family class, and 15 per cent for refugee and other humanitarian grounds.

During this, Australia declared previous year that it had been decreasing its annual permanent resident target by 30,000 to 160,000 immigrants annually until 2023 (0.6 percent of its population). Before the declared cut, Australia has frozen its target at around 190,000 immigrants for eight straight years.

According to the Australia’s recent plan, 70 per cent of immigrants will come under the economic class and 30 per cent under the family class.

The corona virus pandemic has understandably affected both countries’ immigration systems; however Canada is still trying to come as near as possible to obtaining the economic class targets outlined in its immigration levels plan.

In April, Canada provided 11,700 invitations to give an application for fixed residence under its federal Express Entry application management system, compared with 7,800 the last month, and 8,000 in February. Besides, Canada’s provinces still provide permanent residency pathways for immigration applicants during this era.

On the opposite hand, the pandemic has resulted in a important decline in Australia’s economic class invitations.

Previous month, Australia issued 100 invitations under its Skill Select expression of interest system, compared with 2,050 in March, and 1,500 in February.

Why both countries need immigrants

Both Canada and Australia welcome immigrants thanks to their aging populations and fewer birth rates.

In Canada the median age is 41 while in Australia its age is 38.

In Canada’s birth rate is 1.5 while in Australia it is 1.7.In both situation, the birth rate is below what’s needed to easily replace the population (2.1 babies per woman).

In 2018-19, Canada’s population grew by 1.4 per cent (531,000 people), with 82 per cent of the population growth because of permanent and temporary resident comes, and 18 per cent from natural increase (births minus deaths).

Immigration has proven important to both countries abilities to help labour force growth, which is among the two ways to grow the economy.

Besides, immigrants assist to alleviate the fiscal pressures both countries face because of their aging populations since the economic activity created by immigrants assists to support the govt revenues that are necessary to fund important social services such as health care, which is just becoming more costly to deliver because of rapid population aging.

How will Canada and Australia respond post-corona virus?

Some political leaders in Australia are already demanding for even more cuts to the country’s immigration levels because of the COVID-19 crisis. As an example , Senator Kristina Keneally recently declare in the Sydney Morning Herald that maintaining the equal levels of immigration will be hurt Australian workers.

There has been less political discussion so far in Canada on the country’s immigration policies post-pandemic; however Canada’s immigration minister recently advised that the federal govt remains committed to welcoming immigrants to assist Canada’s economic recovery.

Given how fluid the corona virus crisis is, nobody can predict the longer term of Canada and Australia’s immigration policies. Although, Canada’s decision to invite more Express Entry immigration applicants previous month is telling of its desire to continue high levels of immigration to help its economy.

Besides, there are four factors that have enabled Canada to maintain high levels of immigration, even following difficult economic eras including after the 2008-09 global financial crisis.

The four factors of Canada’s history, geography, policies, and politics can see Canada stick near to its 2020-2022 Immigration Levels Plan once the pandemic is behind us. 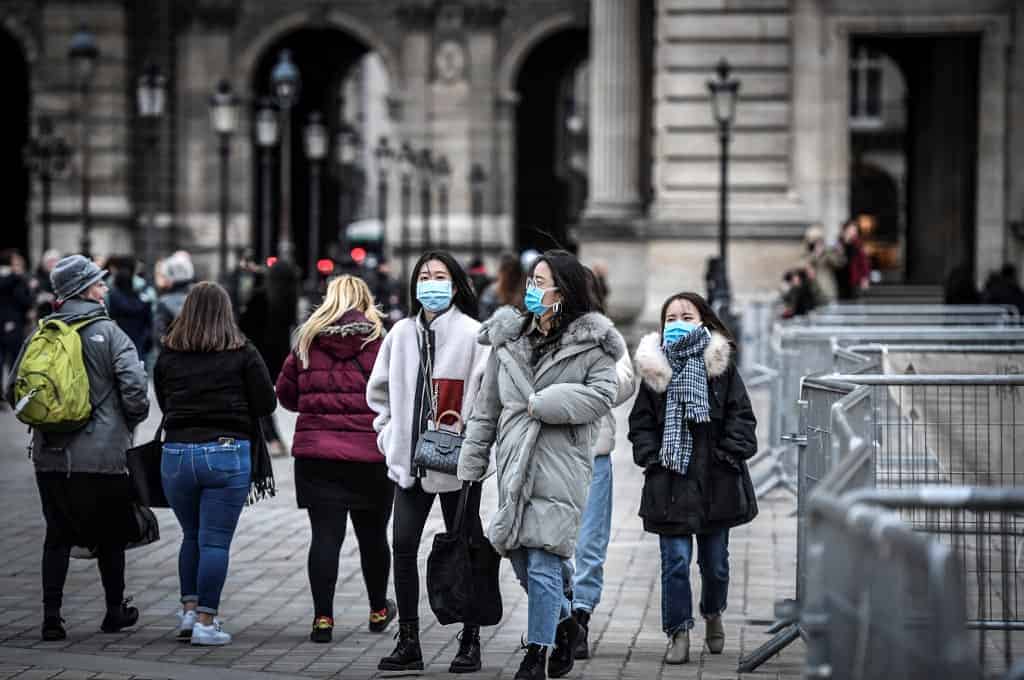 After COVID-19: Immigrants Are Going To Be Key To Canada’s Economic Recovery

The corona virus pandemic is having a devastating effect on economies overall the world.

The IMF projects the worldwide economy will contract by 3 per cent in 2020, in what it calls the worst economic downturn since the serious Depression.

Just days before it announced travel restrictions to assist contain the spread of COVID-19, Canada said it might welcome over 1 million immigrants between 2020-2022, mainly to assist grow its economy.

Of course, little did Canadian officialdom know at the time of the declared that the worldwide economy would be heading towards such a serious contraction.

The present state of affairs may lead one to legitimately question whether Canada should continue with its immigration plan, or scale it back.

There is no dubiety that COVID-19 would require Canada to regulate its immigration plan.

Nevertheless, it would not be sound economic policy to significantly lower Canada’s immigration levels beyond the corona virus crisis.

The reason for this is often that Canada require further immigrants it ever has in its modern history to encourage economic process.

Canada’s desire to welcome over 300,000 immigrants per annum is supposed to assist alleviate its demographic challenges.

Canada one of the world’s lowest birth rates and one of the world’s oldest populations. As more Canadians retire, it’ll struggle to exchange them within the labour market since the country isn’t having enough children. This is where often where immigration comes in.

Immigration has been the major driver of Canada’s population increase since the 1990s, and would be the just driver of it by the untimely 2030s.

Population growth is vital because it fuels labour force growth. The two ways to extend an economy is by including more workers and using these workers more productive.

Today, immigration tends to account for all of Canada’s labour force growth, or the overwhelming majority of it, during a given year. This suggests that Canada would constrain its economic process potential if it welcomed fewer immigrants.

The consensus between economists is that the Canadian and worldwide economy must be rebound fairly rapidly once social distancing measures are eased.

This suggests that further Canadians would be back to work, and there’ll even be further job opportunities for immigrants.

The Canada’s economy pre-coronavirus is extremely telling of what we may expect once the economy is back to normal.

Leading up to the coronavirus pandemic, Canada’s joblessness rate was at lows and its economy enjoyed a decade of growth following the 2008 global financial crisis. Remember that Canada keep up high levels of immigration even following that crisis, which in hindsight, was the right economic decision to form.

One significant cause for the low  joblessness rate pre-coronavirus is many of Canada’s over 9 million baby boomers were retiring, which reasoned a reduce of workers because the economy was expanding. This gained Canadian-born workers and immigrants alike.

Similarly, Canadian-born workers and immigrants are poised to gain from the post-coronavirus economic rebound. Within the coming years, it’s realistic to expect Canada to affect worker shortages again, and even more so than before COVID-19 as all of Canada’s 9 million baby boomers reach the age of retirement within subsequent decade.

Immigration policy always has lengthy economic implications and that we must not lose sight of that even within the wake of the coronavirus crisis.

Canada’s economy is facing hard times, but immigration will play a important role in supporting Canada’s economic recuperation since immigrants will help to fill newly-generated jobs and also support job making in other ways.

Statistics Canada research shows that immigrants have a big propensity to begin businesses. In one among its recent studies, Statistics Canada found that immigrant entrepreneurs generated 25 per cent of latest private sector jobs between 2003 and 2013, albeit they accounted for 17 per cent of companies studied. In other words, immigrant entrepreneurs punched above their weight when it came to job creation.

At last, immigrants bring significant savings with them which helps to fuel the economic activity that’s critical to fueling job creation in Canada.

Canada has over 8 million immigrants, who make a good bigger contribution to economic growth and generating job than international students.